England is a beautiful country with a rich history and culture. From the stunning countryside to the bustling cities, there is something for everyone in England. The people of England are warm and friendly, and there is a strong sense of community. There are also many opportunities to get involved in the arts, music, and other activities. England is a great place to live, work, and raise a family. The economy is strong, and there are plenty of job opportunities. The education system is excellent, and there are great schools and universities. If you're looking for a country with a strong sense of community and culture, England is the perfect place for you.

England's scenery is incredibly varied, from the stunning coastline and rolling hills of the countryside, to the lively cities full of history and culture. Some of the top tourist attractions include Stonehenge, Big Ben, Tower Bridge, Windsor Castle, and The Lake District.

The weather in England can be unpredictable, but the best time to visit is usually between May and September when the days are longest and the weather is most likely to be good.

England is rich in history and there are many places you can visit to learn more about it. Some of the most popular historical sites include Hadrian's Wall, Warwick Castle, Canterbury Cathedral, and Westminster Abbey.

If you're a fan of English literature, then you'll find plenty of places to explore in England. Some of the most popular destinations include Stratford-upon-Avon (birthplace of William Shakespeare), Oxford (city of learning and home to some of the world's most prestigious universities), and Bath (a UNESCO World Heritage site known for its Roman baths).

England is full of cultural experiences waiting to be had. From the lively cities of London, Manchester, and Liverpool, to the quaint villages of the Cotswolds and Cornwall, there's something for everyone.

England is generally a safe place to visit, but as with any country, it's always important to be aware of your surroundings and take precautions to keep yourself safe.

The history of England is long and complex, dating back to prehistoric times. Some of the most important events in English history include the Roman conquest of Britain, the Battle of Hastings, the signing of the Magna Carta, and the Industrial Revolution.

Here are a few other things to keep in mind when planning your trip: - The currency in England is the pound sterling (£). - The official language is English. - The voltage used for electrical appliances is 230 volts. - The plugs used have three square pins arranged in a triangle. 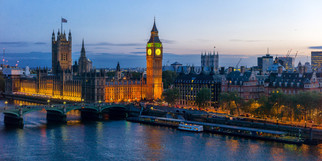