Situated atop a bluff on the Arkansas River, Little Rock (Arkansas's capital city) has a long and storied history. Founded in 1821 as a frontier settlement, Little Rock quickly grew into an important commercial center as a stop along the Arkansas River Trading Post Trail. By the early 1800s, the city was a bustling hub of activity, with thousands of people passing through each year. During the Civil War, Little Rock became a key battleground, changing hands several times before finally falling to Union forces in 1863. In the years that followed, the city continued to grow and prosper, becoming an important cultural and economic center for the state of Arkansas. Downtown Little Rock is full of energy and excitement, with plenty of shops, restaurants, and bars to keep you entertained. If you're looking for some peace and quiet, you can head to one of Little Rock's many parks or hiking trails. And if you need a break from city life, Little Rock is also home to some of the most beautiful scenery in the country.

Some of the most popular tourist attractions in Little Rock include the Arkansas State Capitol, the William J. Clinton Presidential Library, and Heifer International. Other popular destinations include the Little Rock Zoo, Pinnacle Mountain State Park, and Riverfront Park.

The best time to visit Little Rock generally depends on what you want to do while you're in town. If you're looking to enjoy outdoor activities, then spring and fall are typically the best times to visit. However, if you're interested in attending one of the city's many festivals or events, then summer might be a better time to come.

There are plenty of ways to enjoy Little Rock without spending a lot of money. Many of the city's attractions, such as the Arkansas State Capitol and Heifer International, offer free admission. Additionally, there are often discounts available for attractions like the Little Rock Zoo and Pinnacle Mountain State Park if you purchase your tickets in advance. You can also find affordable accommodation options by checking out vacation rental websites or staying at one of the city's many campgrounds.

The best way to get around Little Rock depends on your preferences and budget. If you're looking for the most affordable option, then taking the bus is your best bet. The city's public transit system, Rock Region Metro, offers buses that run throughout Little Rock and the surrounding area. If you're willing to spend a bit more, then renting a car is probably your best option as it will give you the most flexibility in terms of getting around. Finally, if you're only interested in exploring downtown Little Rock, then walking or biking is probably all you'll need to do.

Yes, Little Rock is a safe city for tourists. However, as with any large city, there are always going to be areas that are more dangerous than others. It's important to use common sense and be aware of your surroundings when you're walking around, especially at night. If you're ever feeling unsafe or uncomfortable, make sure to call the police or ask a nearby business for help.

There are no specific areas of Little Rock that tourists should avoid. However, as with any large city, it's always a good idea to use caution when walking around at night or in unfamiliar areas. If you're ever feeling unsafe or uncomfortable, make sure to call the police or ask a nearby business for help.

The history of Little Rock dates back to 1821, when the city was founded as a frontier post by the Arkansas Territorial Legislature. The city rapidly grew in the following years and became an important center for trade and politics. In 1861, Little Rock was selected as the capital of the newly formed Confederate States of America. However, the city was quickly occupied by Union forces during the Civil War and remained under Union control until the end of the conflict. Following the war, Little Rock prospered as a center of commerce and industry and eventually became the capital of Arkansas in 1874. The city continued to grow throughout the 20th century and today is home to a diverse population of over 200,000 people. 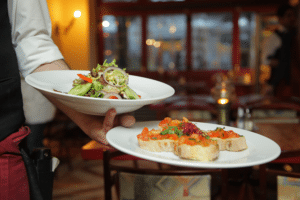