New York is a state located in the Northeastern United States. According to the 2010 United States Census, it is the 27th most populous state with 19,378,102 inhabitants. New York is bordered by New Jersey and Pennsylvania to the south and by Connecticut, Massachusetts, and Vermont to the east. The state has a maritime border with Rhode Island east of Long Island, as well as an international border with the Canadian provinces of Quebec to the north and Ontario to the west. The Hudson River flows through the middle of New York from north to south. Albany is the state capital, while New York City—the cultural and financial center of American life—is the largest city in the state and in the country.

You can fly into any of the three major airports in New York City (JFK, LaGuardia, or Newark), or you can fly into one of the smaller airports upstate. You can also take a bus, train, or drive into the state.

There are countless things to do in New York state! You could visit the Empire State Building or the Statue of Liberty in New York City, go skiing or hiking in the Adirondacks, explore one of the many museums or historical sites, try your luck at a casino in Niagara Falls, or enjoy the natural beauty of the Finger Lakes region.

New York can be expensive to visit, depending on where you go and what you do. New York City is notoriously expensive, but there are plenty of ways to save money while you're there. Upstate New York is generally less expensive than the city, so it might be a good option if you're on a budget.

You do not need a car to get around New York, although it can be helpful in some areas. If you're planning on visiting just New York City, you definitely don't need a car since the public transportation system is so extensive. Upstate New York is more spread out, so a car would be more convenient, but you can still get around without one if you're willing to use public transportation or do some walking.

The weather in New York state varies depending on the time of year and the region you're visiting. In general, the northern and western parts of the state are colder and snowier than the southern and eastern parts. The shoulder seasons (spring and fall) tend to be milder, while summer can be hot and humid, especially in New York City.

That depends on what you're looking for! If you want to experience the bustle of New York City, the summertime is probably your best bet. If you're more interested in outdoor activities, then spring or fall might be a better choice. Keep in mind that winter can be very cold in some parts of the state, so make sure you pack appropriately if you're planning a trip during that time of year.

New York state has a long and rich history dating back to the Native American tribes who first inhabited the area. European explorers arrived in the 1600s, and the Dutch established the colony of New Netherland. The English took control of the colony in 1664 and renamed it New York. The American Revolution began in New York, and it was one of the original 13 colonies. New York became a state in 1788, and it played a pivotal role in the development of the United States. Today, New York is known for its diverse population, its vibrant culture, and its numerous tourist attractions. 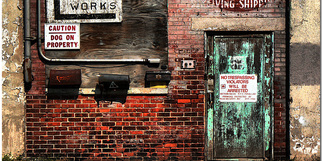 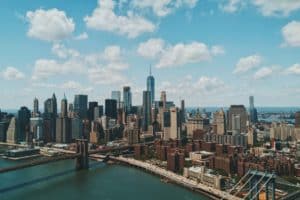