Looking for a place to truly get away from it all? Come to Nevada. With its stunning deserts and mountains, there's no place quite like it. Here, you can find peace and quiet in nature, or explore the vibrant nightlife of its cities. There's something for everyone in Nevada. Whether you're looking for an adventure or simply want to relax, you'll find it here. So come and experience all that Nevada has to offer. You won't be disappointed.

Visit the Hoover Dam - one of the most popular tourist destinations in the state. It is located just 30 minutes from Las Vegas. Go skiing or hiking in Lake Tahoe - one of the most beautiful places in Nevada. It is located about 2 hours from Reno. Take a tour of a gold mine - there are many gold mines located throughout Nevada that offer tours to the public. This is a great way to learn about the state's history and see first-hand how gold is mined.

That depends on what you want to do and see while you are here. If you only want to visit Las Vegas, then 3-4 days is probably sufficient. However, if you want to see other parts of the state as well, then 7 days or more would be ideal.

The weather in Nevada varies depending on the time of year and the location. In general, the summers are very hot and dry, while the winters are cold and snowy. However, it is important to note that the temperatures can vary significantly depending on which part of the state you are in. For example, it is usually much cooler in Lake Tahoe than it is in Las Vegas.

There are several ways to get to Nevada, depending on your location. If you are coming from within the United States, you can fly into one of the state’s major airports, drive, or take a bus or train. If you are coming from outside of the United States, you will need to fly to one of the state’s major airports. Once you are in Nevada, there is an extensive system of highways and roads that make getting around the state fairly easy.

Nevada has a rich and interesting history. The first people to live in the area were Native Americans, who arrived thousands of years ago. The first European settlers arrived in the 18th century, and the state became part of the United States in 1864. Since then, Nevada has played a significant role in American history, particularly during the 20th century. The state was home to several important events during the Civil Rights Movement, and it was also the site of the infamous nuclear testing at the Nevada Test Site. Today, Nevada is known for its vibrant city of Las Vegas, which is a popular destination for tourists from all over the world. 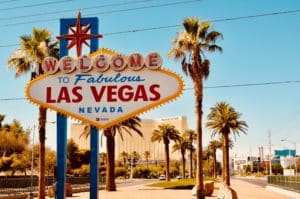 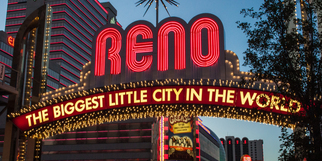