When it comes to music, there is no place quite like Nashville. The city pulses with the sounds of country, rock, and blues, spilling out of honky-tonks and into the streets. It's a place where legends are made and where dreams of becoming a musician can come true. Nashville is also home to some of the best food in the South. From hot chicken to BBQ, there's something for everyone to enjoy. And don't forget about the city's famous hot biscuits! Whether you're looking for a good time or a good meal, Nashville is sure to please. So come on down and experience all that this city has to offer!

There are a number of great attractions in Nashville, including the Grand Ole Opry, the Country Music Hall of Fame, and the Ryman Auditorium. Other popular tourist destinations include Vanderbilt University, the Tennessee State Capitol, and the Parthenon.

The best time to visit Nashville is in the spring or fall when the weather is milder. However, tourists can find plenty to do in Nashville year-round.

Nashville is served by a number of transportation options, including taxis, buses, and shuttles. Visitors can also rent cars or use ride-sharing services like Uber and Lyft.

Some popular events in Nashville include the CMA Music Festival, the Bonnaroo Music and Arts Festival, and the Tennessee State Fair.

There are a number of great places to stay in Nashville, including hotels, motels, bed and breakfasts, and vacation rentals. Visitors can also find camping and RV sites around the city.

Nashville is known for its Southern cuisine, which includes dishes like fried chicken, barbecue, and country-style ham. The city also has a number of great restaurants that serve a variety of cuisines from all over the world.

Nashville was founded in 1779 and was named after Francis Nash, a general of the Continental Army during the American Revolutionary War. The city became an important transportation hub during the 19th century and was the capital of Tennessee from 1843 until 1866. In 1862, Nashville was the site of a major battle during the Civil War, which resulted in a Union victory. After the war, Nashville became known as a center for music and was home to a number of important music labels and venues. Today, Nashville is known as a major tourist destination and is home to many different types of businesses and industries. 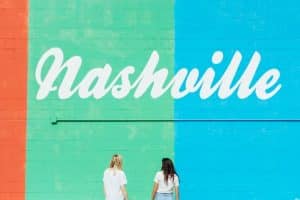 20 BEST Things to do in Nashville, TN [2022 UPDATED]
Popular This Week 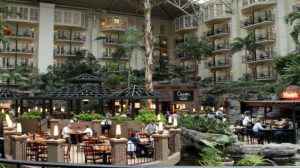