Looking for a world-renowned city that offers an endless amount of things to see and do? Then look no further than London! This emblematic metropolis is home to some of the most iconic landmarks in the world, such as Big Ben, Buckingham Palace and Westminster Abbey. And that's just the tip of the iceberg! No matter what your interests are, you're sure to find something to love in London. Art lovers can explore the Tate Modern or take in a show at one of the city's many West End theatres. History buffs can learn about London's rich past at sites like the Tower of London or Churchill War Rooms. And foodies will be in heaven with all of the amazing restaurants to choose from.

No, citizens of most countries do not need a visa to enter the UK. However, there are some exceptions - for instance, if you're planning to stay for more than six months, or if you have a criminal record. For more information, check the UK Visas and Immigration website.

The currency in London is the British Pound Sterling (GBP). You can get pounds from ATMs or exchange offices, but be aware that fees may apply. Credit and debit cards are widely accepted in London.

London has an extensive public transportation system that includes buses, trains, and subways. The best way to get around depends on your budget and where you're staying. For instance, if you're staying in the city center, you may find it more convenient to walk or take the subway.

Some of the most popular tourist attractions in London include Buckingham Palace, the Tower of London, Big Ben, and Westminster Abbey. There are also many museums and galleries worth visiting, such as the British Museum and the Tate Modern.

In addition to sightseeing, there are plenty of other activities to enjoy in London. You can go shopping on Oxford Street, visit one of the many parks, or see a show in the West End. There are also numerous restaurants, cafes, and pubs to explore.

The best time to visit London depends on your interests. If you want to enjoy the city's nightlife and restaurants, summer is the best time to go. However, if you're interested in sightseeing and culture, spring or autumn may be better as the weather is more pleasant and there are fewer crowds.

London has a temperate climate, with average temperatures ranging from 8-18 degrees Celsius (46-64 Fahrenheit). The city experiences both rain and shine, so be sure to pack an umbrella!

Yes, London is generally a safe place for tourists. However, as with any big city, it's important to take precautions against crime. For instance, you should avoid carrying large amounts of cash and be aware of your surroundings when walking in unfamiliar areas. If you have any concerns, don't hesitate to speak to a police officer or member of hotel staff.

Some common scams in London include fake charity collectors, bogus taxi drivers, and pickpockets. To avoid being scammed, only use licensed taxis, keep your valuables close to you, and don't give money to people who approach you on the street.

No - travel insurance is not required for London. However, it's always a good idea to have insurance in case of unforeseen circumstances such as lost luggage or medical emergencies.

Yes - be sure to pack an umbrella! London is known for its rainy weather.Also, be aware that prices in London can be quite high, especially for accommodation and food. However, there are plenty of ways to save money if you're on a budget. For instance, you can take advantage of free attractions like parks and museums, or look for discounts on activities and tours. 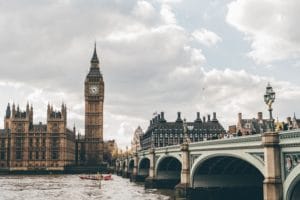