Welcome to Orlando, Florida! The Sunshine State’s most popular tourist destination, and it’s easy to see why. Orlando is a place where family fun and excitement come together. From our world-famous theme parks to our exciting attractions and activities, there’s something for everyone in Orlando. Orlando is home to six of the world’s most popular theme parks: Walt Disney World, Universal Studios Florida, SeaWorld Orlando, LEGOLAND Florida, Busch Gardens Tampa Bay, and Discovery Cove. The theme parks offer endless fun for the whole family. With so many great parks to choose from, you’ll never be bored in Orlando.

The peak tourist season in Orlando is generally during the summer months, as well as around the Christmas and New Year holidays. However, there are certain benefits to visiting during the off-season as well. Crowds tend to be smaller and hotel rates are often lower during these times.

Some of the most popular attractions in Orlando include Walt Disney World, Universal Studios, and SeaWorld. There are also many other great options for things to do, such as visiting one of the many world-famous theme parks or taking part in some of the city's great dining and shopping options.

The best way to get around Orlando is by car. However, there are also many other options available, such as bus, taxi, and rideshare services. If you are staying at a Walt Disney World Resort hotel, you may also be able to take advantage of the complimentary transportation that is provided.

There are a few different ways that you can save money while visiting Orlando. One option is to purchase your tickets in advance online. Another option is to look for discounts and coupons that may be available. Additionally, consider staying in a vacation rental home rather than a hotel room, as this can often be more cost-effective.

There are many great places to eat in Orlando. Some of the most popular options include the restaurants at the Walt Disney World Resort, Universal Studios, and SeaWorld. There are also many other great restaurants located throughout the city.

When packing for your trip to Orlando, be sure to bring comfortable clothes and shoes. You will also want to pack any necessary items for your specific plans, such as swimwear if you plan on visiting one of the water parks. Additionally, don't forget to pack sunscreen and hats to protect yourself from the Florida sun!

One way to avoid crowds in Orlando is to visit during the off-season. Crowds tend to be smaller and hotel rates are often lower during these times.

Orlando is generally a very safe destination for families. However, as with any travel destination, it is always important to be aware of your surroundings and take precautions to keep yourself and your family safe. 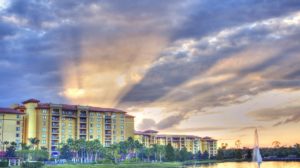