Welcome to Arizona, the Grand Canyon State! From its stunning natural beauty to its rich history and culture, there is much to explore in this corner of the country. Arizona is home to one of the Seven Wonders of the World, the Grand Canyon. Carved over millions of years by the Colorado River, the canyon is a must-see for any visitor to the state. Hiking, camping, and rafting are just a few of the activities that can be enjoyed in this majestic setting. For history buffs, Arizona is also home to numerous Native American tribes and sites. The state is home to the largest concentration of Native American tribes in the United States.

The state of Arizona is best known for its desert landscapes and cacti-filled terrain, being the home of the Grand Canyon, its sunny weather and warm climate, its Native American heritage and history, and its copper mines and production. Additionally, Arizona is a popular destination for scenic drives and road trips.

Some of the most popular tourist attractions in Arizona include the Grand Canyon, Sedona, Monument Valley, Antelope Canyon, Havasupai Falls, and Horseshoe Bend. Additionally, many people visit Arizona to enjoy its warm climate and sunny weather.

Arizona has a long and rich history dating back to prehistoric times. The state was once home to a number of Native American tribes, including the Navajo, Hopi, and Pueblo peoples. In 1539, Spanish explorer Francisco Coronado became the first European to visit Arizona. The area later became part of Mexico, and then was ceded to the United States after the Mexican-American War in 1848. Arizona was admitted as the 48th state to the Union in 1912.

The climate in Arizona is generally warm and sunny. The state experiences very little rainfall, and temperatures can range from hot in the summer to cold in the winter.

Arizona's major industries include agriculture, tourism, mining, and manufacturing. The state is also a leader in the production of copper.

The best time to visit Arizona is in the spring or fall. The weather is milder during these times of year, making it more pleasant to spend time outdoors. However, if you're looking to escape the cold weather, winter is also a good time to visit Arizona. You'll find lower prices and fewer crowds during this season.

Arizona is known for its Mexican food. There are many excellent restaurants in the state that serve authentic dishes from across Mexico. If you're looking for something a little different, you can also find great American and international cuisine. 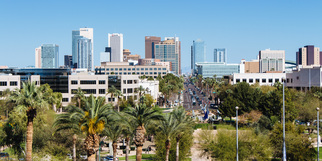 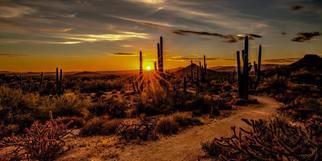 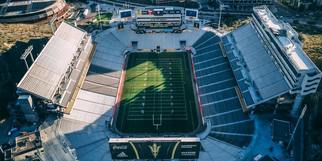 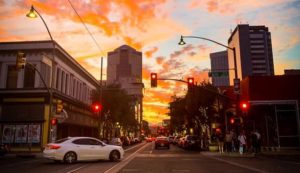