Washington is a state located in the Pacific Northwest region of the United States. The state is named after George Washington, the first president of the United States. It is the only state named after a president. Washington is the 18th largest state by area and the 13th most populous state. The state capital is Olympia and the largest city is Seattle. Washington is often referred to as "The Evergreen State" due to its abundant evergreen forests. Washington is a diverse state with many different landscapes. The Cascade Mountains run through the central part of the state and include Mt. Rainier, an active volcano. The Olympic Mountains are in the west and include Mt. Olympus, the highest point in the contiguous United States.

There are many great places to visit in Washington, including the state capital of Olympia, Seattle, Spokane, and Tacoma. There are also many beautiful parks and forests to explore, such as Mount Rainier National Park and North Cascades National Park.

The climate in Washington varies depending on the region. In general, the state has a temperate climate with cool winters and mild summers. However, snow is possible in the mountains and some areas of the state can be quite rainy.

The best time to visit Washington depends on what you want to do while you are in the state. If you are interested in outdoor activities, such as hiking and camping, then summer or fall might be the best time for you. However, if you want to experience the rainier side of Washington, then winter or spring might be more your speed.

What you pack will depend on the time of year and the activities you plan on doing. However, some items that might be helpful to pack include a jacket, comfortable shoes, and rain gear.

There are many things to do in Washington, depending on your interests. Some popular activities include hiking, camping, fishing, and visiting museums and historic sites.

Some tips for visiting Washington include being prepared for rainy weather, packing appropriate clothing and gear, and being aware of bears if you plan on hiking in the mountains. Additionally, it is important to remember that Washington has a lot of forests and parks so make sure to get a map before heading out!

The state of Washington has a long and rich history. Some of the first people to inhabit the area were Native Americans, who lived in tribes such as the Spokane and the Yakima. The first European explorers to visit the region were part of the Lewis and Clark expedition in 1805. In 1853, Washington became a U.S. territory and was admitted to the Union as a state in 1889.

Yes, there are a few things to keep in mind before visiting Washington. First, the state has a lot of forested areas so it is important to be aware of your surroundings and be cautious of wildlife. Additionally, some parts of the state can be quite hilly so comfortable walking shoes are a must! Finally, remember to pack rain gear as the state is known for its rainy weather. 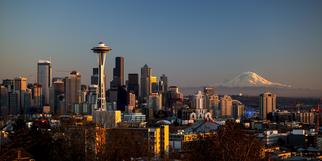 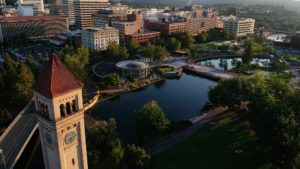 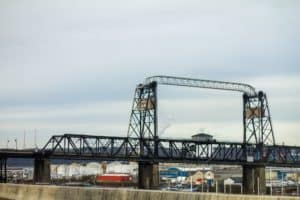