Looking for an unforgettable vacation destination? Check out Los Angeles, CA – where there's something for everyone! Whether you're a beach bum or a culture vulture, LA has what you're looking for. soak up the sun on one of the many gorgeous beaches, explore world-renowned museums and art galleries, or enjoy the nightlife on the famed Sunset Strip. There's truly something for everyone in Los Angeles!

The average cost of a round-trip flight from the United States to Los Angeles is $397. However, prices can vary depending on the airport you fly into and when you book your flight.

Some popular tourist attractions in Los Angeles include Universal Studios Hollywood, the Griffith Observatory, and the Hollywood Walk of Fame.

The best time to visit Los Angeles is between March and May or September and November when the weather is milder. However, keep in mind that hotel prices will be higher during these times.

Los Angeles is generally a safe city to visit. However, as with any large city, you should always be aware of your surroundings and take precautions when walking around at night.

No, you don't need a car to get around Los Angeles. The city has an extensive public transportation system that includes buses and trains. However, having a car will give you more flexibility in terms of getting around.

Some tips for visiting Los Angeles on a budget include staying in hostels or Airbnb's, eating at cheaper restaurants, and taking advantage of free attractions like hiking trails and beaches.

Some things you should know before visiting Los Angeles include the fact that it's a large and spread out city, so you'll need to plan your time accordingly. Additionally, traffic can be very bad during peak hours, so you may want to avoid driving during those times. Lastly, Los Angeles has a Mediterranean climate, so the weather can be warm and sunny year-round.

The food in Los Angeles is quite diverse, as the city is home to people from all over the world. You'll be able to find anything from Mexican and Thai food to burgers and pizza. 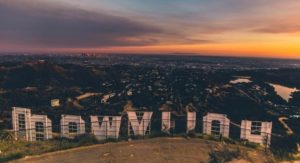 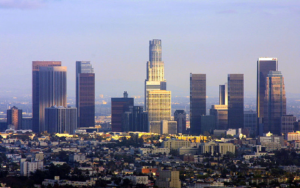 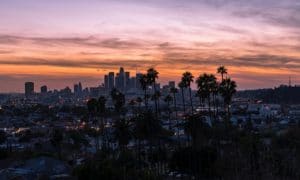